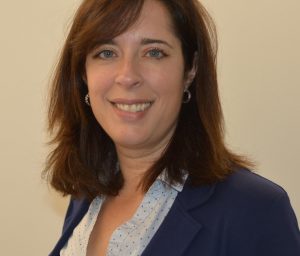 Tell us about your educational background and career path thus far.

I moved to Boston to go to Northeastern. Originally, I wanted to go into International Development work but then I got interested in the justice system, and the inequities and human rights issues in the justice system. I ended up working with some of the researchers and professors at Northeastern to do some death penalty research locally. At the time, Massachusetts was considering restarting the death penalty, so we did some advocacy with state representatives. There was a guy at Northeastern who did a lot of research on whether it’s really true that the general public supports the death penalty. He found that when given the option to send someone in prison without parole most people prefer that over the death penalty as opposed to the conventional wisdom that the public is always chomping at the bit for executions. Using a combination of that research and advocacy the state legislature ended up not reinstituting the death penalty in Massachusetts.

I also did a co-op at Northeastern with Abt Associates. Through that, I met people in the Justice Research group and got a position as a Research Assistant there. I stayed there for several years and ended up going back to graduate school but stayed on part-time at Abt during that time. I chose to go to UMass Boston in the Sociology program because they had a really strong Criminology component with a focus on inequity and vulnerable populations and also a focus on applied research, which was always my interest. After I finished my Master’s at UMass I decided to continue on with a PhD in Public Policy. I chose Public Policy because I really wanted strong quantitative and research method skills and it was very applied. I ended up getting my Master’s degree and I’m ABD in that program, and supposed to finish this year. I’m just waiting for some data to be able to finish. My hope is that it will be released in the next few months and then I’ll be able to finish the quantitative portions of my dissertation and then I’ll be done.

Can you describe some of the work you have done in justice system research and evaluation?

I started out working on a survey administered in jails and booking facilities across the country about substance use among people who had been recently arrested. The landscape now is so different than it was in the late ’90s when I started doing this work – at the time there had been a full criminalization of behavioral health disorders and drug use was really considered a criminal activity. There were very few people coming at it from a medical or behavioral health view, at least in the justice world. The study itself was very interesting. I helped at the time to design a timeline follow-back instrument as a way of improving recall among people who may be cognitively impaired, although the instrument can be applied more broadly – recall is difficult, particularly if you are an active or chronic substance user. That was really fun, I really loved it. I also got to go to a lot of jails to train interviewers to do interviewing. We had 35 sites around the country so I got to see a lot of different jails and booking facilities, and had a lot of adventures associated with that. It was really fun while also feeling very impactful.

That was a big part of my career at Abt on the research side, and then I got very involved in probation/parole work, understanding interventions that work for people that are being supervised in the community. There are a lot more people on probation-parole than incarcerated and there’s a really difficult cycle between community supervision and returns to prison. A lot of people ensnared in that cycle are people with substance use disorders and that’s really where my original interest was – the behavioral health aspects of justice-involved people. My approach with justice system work is really about trying to get people with behavioral health disorders alternatives, trying to improve treatment, and trying to improve interventions and diversions to keep them out of the justice system. And of course there are issues of huge disparities and improving information so that people can really come at these things with evidence. There’s a lot of concern right now that with justice reform the pendulum’s going to swing back to a place where a lot of things are being tried that have no evidence or have unintended consequences – mass incarceration is an unintended consequence of people who really thought they were helping communities. Over the past couple of years my group at Abt was working pretty hard to develop unbiased evidence to support justice reform efforts that really were tested and could be implemented.

What made you decide to come to ICH?

One of the reasons I’m really excited to be here is because ICH’s work is much closer to interventions, whereas if you’re working for a national research and evaluation firm you don’t get a lot of that. Here, the Research and Evaluation staff are very close to the programs and have a lot of opportunity to partner meaningfully with the people who are providing services, which has been a deficit in my career over the past five or so years. I have had the opportunity to work with one intervention in Chelsea very closely but that’s unusual for people in my position at Abt, so one of the reasons I was looking for something new was to really feel like I was having more of an impact in the community.

What are you most excited about with your new role?

I’m excited about doing projects on a scale that will allow, if not me directly then the staff I interact with, to be really involved in developing, testing, and implementing interventions. A major reason I went into research and evaluation was because I really believe in developing evidence and understanding how programs work and why they do or don’t work. I think sometimes people focus overly on rigor and they aren’t thinking about all of the different kinds of outcomes that come with community-based interventions, and I feel like being at ICH gives me an opportunity to really explore those other pieces – equity in evaluation, participatory evaluation – those kinds of things that are really important to me but aren’t always the focus of a big multi-site RCT.

I’m also excited to bring a justice systems lens to some of the work that ICH is doing. I think that the big topic of the day right now is really addressing the inequities that the justice system has imprinted on communities. I think people tend to think about Massachusetts as this really liberal, progressive state – but it has one of the most regressive justice systems in the country. Very tough sentencing laws. There’s room to grow in terms of evidence-based policies in Massachusetts, in New England in general. The justice system here is also very fragmented because it is so old, and so it’s not streamlined and there’s a lot of places where better data and evidence could really help. I also think that it’s really important to take a coordinated view of the justice system with other systems, like the healthcare system and educational system – for example, when you’re talking about an ACO, or a service provider case manager, are they thinking about the fact that the person they are working with also has to report to a probation officer, also has to pay fees and fines associated with a probation term, also has barriers to accessing services because of their criminal record…a more comprehensive approach to services can really help with these things.

What is your vision for ICH?

I think there’s huge opportunity to take a very comprehensive view of the issues facing the target populations for whom we hope to improve outcomes. I’m excited to learn more about what ICH is doing and to think about how we can turn that into growth and sustainability. I’m also really impressed with the skills that all of the staff has. I can already tell where people’s strengths and skills dovetail and complement each other and I’m looking forward to learning more about that. I also want to learn about where everybody wants to be in their careers and how I can help facilitate them getting there. So my vision is to support the current staff in their career paths, and as people grow into more senior roles here, hire people to support, help people build their teams, and really get the word out about what ICH does. I want to build a sustainable model for the organization without losing the things that have kept people here, the things that people value about ICH.

What are your hobbies or things you like to do for fun?

I like to run. Well, actually, I don’t really like to run…I do it, but I don’t really enjoy it. I used to figure skate when I was kid and I’ve been trying to regain that, but it’s really hard to do as an adult. I’m getting there. My son and I have been trying to go ice skating every once in a while. I really like to read and enjoy mysteries because sometimes my brain gets overwhelmed and I need to read something not so challenging – I’m reading these old mysteries right now by Patricia Wentworth. They are from the ’30s and ’40s – The Dower House Mystery. I also really like to eat – but I hate to cook, just despise it. And I like to be outside – we sort of live in the woods so most days I try to go to a park or take a walk.

I hope we are not entering World War III, that’s a big hope of mine. I really hope that things go well at ICH for me and everyone else. I do really hope I finish that dissertation in 2020 and I hope my daughter de-stresses about college a bit.