I attended the 2019 Boston Pride Parade on Saturday, June 8th. Amidst the celebratory floats, a group marched holding a banner, “RECOGNIZING THE MEMORY OF TRANS VICTIMS OF VIOLENCE.” They held placards in the air that bore the faces of various trans women, overwhelmingly of color, who had been murdered in hate crimes. At first, a tacit moment of silence and solemnity overtook the cheers and dancing, until an equally tacit realization of the need to support vocally and recognize aloud ensued.

See below for a photo of the procession. 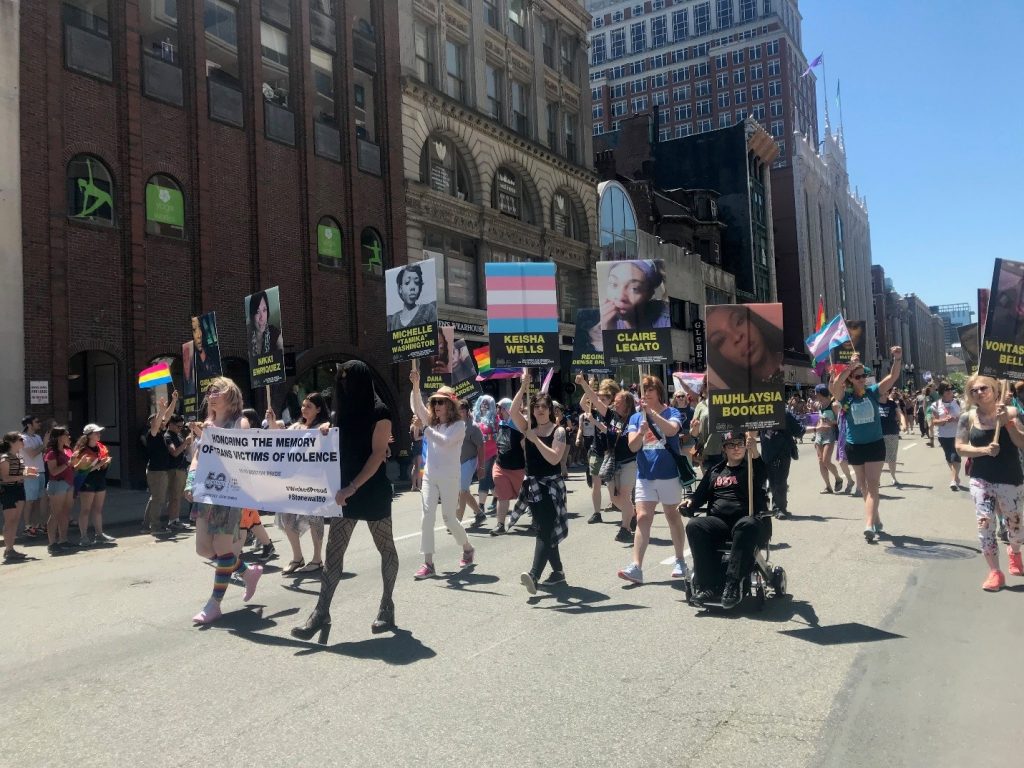 Over the past few years, there has been an abundance of fatal crimes against trans women. The stories of their brutal murders appear in the news with a disturbing frequency, although in my estimation, often on local media, rather than the national stage.

The American Medical Association has also noticed this trend. The AMA passed a resolution and made public statements about the need to increase national awareness of “the epidemic of violence against the transgender community, especially the amplified dangers faced by people of color.” In line with this aim, the resolution includes statistics about the murders to tell the story of the epidemic:

The full text of the resolution, 008, “Preventing Anti-Transgender Violence,” can be found here.

This is a public health crisis that kills people and fosters trauma in the larger community. In addition to the violence, there are a slew of other issues that negatively impact the health of trans women, including but not limited to non-fatal physical violence, homelessness, sexual assault, and the fact that many feel a need to go into sex work to survive.

To return to the photo from the parade, more important than recognizing the numbers is recognizing the people. Crucially, various organizations advocating for equality of trans women, including the marchers in the Pride parade, do not brandish statistics and numbers on the placards but rather the names and faces of the trans women murdered.

As such, I will attempt to include as many names here as possible, along with links to the articles that reported the crimes, in the hopes of giving more visibility to the victims’ lives, their families, and their legacies. I apologize in advance for those who I cannot find, as the violence is often underreported and underrepresented.